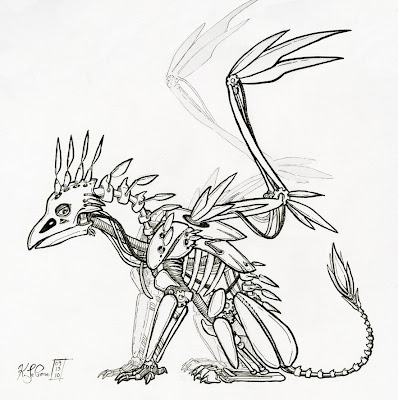 I thought about toning this in greyscale (either with Copic markers or in Photoshop), but I instead decided to stick with the original ink rendering. I imagine there is some sort of magic (or tech?) that allows a field of energy to populate the wing areas to allow it to fly.

This was completed in about two and a half hours.

It's not terribly "ancient," I know. >_> Just imagine that it is all greened and stained copper!
Posted by K. LeCrone at 1:14 AM